David always enjoyed mathematics, but America’s space program together with ‘Star Trek’ made him think that computers were really interesting and so he graduated in 1982 with a degree in Computer Science. The future turns out to have less flashing lights than he expected. At Digital Equipment Corporation he got involved in the port of Linux® to the Alpha processor. This gave him an abiding respect for the power of open source in general and Linux in particular. He worked on StrongArm before moving to Arm where he added tools experience. He’s an Arm Fellow; which he says, “really means that I’m a techno-dweeb with a wide freedom to meddle.” 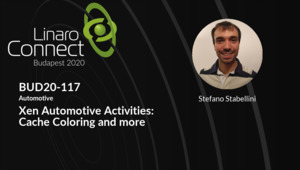